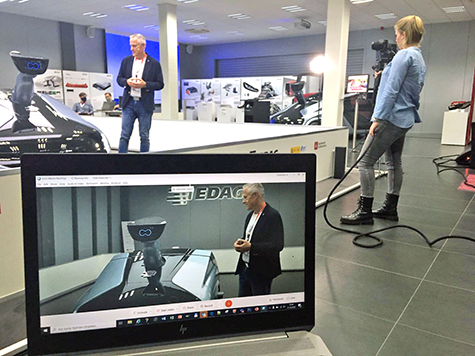 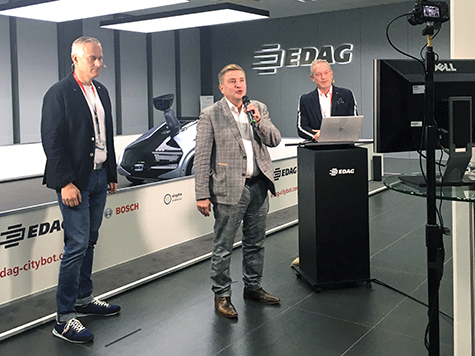 The EDAG Group presented the AI prototype, the next stage of the technical development of the EDAG CityBot, at the EDAG Tech Summit 2020, in this way providing impressive proof of the technical feasibility of the mobility concept the company presented at the IAA 2019. The EDAG Tech Summit provided visitors with the opportunity to experience the presentation of the drivable AI prototype developed over the last 10 months, either live on site or via video stream. Interest following the event, which ended on 5 November, 2020, was exceptionally high, and reflected an extremely positive response from participants. There were 5,200 visitors to the EDAG Tech Summit event website, and more than 200 webinar participants. More than 150 high-ranking representatives including vehicle manufacturers, system suppliers, the trade press and representatives from politics and local authorities took part in the one-hour live presentations, which were followed by discussions with EDAG'S engineering experts. Participants included Dr. Michael Güntner, State Secretary in the Federal Ministry of Transport and Digital Infrastructure (BMVI) and Prof. Dr. Kristina Sinemus, Hessian Minister of State for Digital Strategy and Development. Just a few days after the visit of the political representatives, further talks and thought gathering sessions were held with BMVI and others. These were held to identify and promote specific use cases in the form of "living laboratories" for the testing of CityBots in Germany.

To demonstrate its potential at the EDAG Tech Summit, the CityBot was shown handling the task of waste disposal: thanks to AI-supported object recognition, a vehicle control unit (VCU), an extremely agile control and drive system, self-localisation and trajectory planning, the AI prototype can identify waste objects such as scrunched up paper, beverage cans and bottles, approach them precisely, pick them up with the robot arm, and dispose of them accordingly. This shows that the EDAG CityBot is not science fiction. It is quite possible that robot vehicles will soon be a part of the urban landscape and, thanks to their efficiency, replace numerous different vehicles and take over all kinds of functions such as passenger and goods transport or municipal tasks in cities.

"On account of our concept, our engineering achievements and our pioneering spirit, we are now a good deal closer to our goal of reducing traffic and emissions while ensuring greater mobility and improving the quality of life," underlines Johannes Barckmann.

According to the EDAG Group's roadmap, the initial applications for the EDAG CityBot concept - in internal logistics in industrial plants or airports to begin with - are expected to be in operation by 2025. The year targeted for its first deployment in urban areas is 2030.

"We see the success of the EDAG Tech Summit as a clear acknowledgement of our mobility concept, and with the presentation of the AI prototype we have been able to visibly demonstrate our technical expertise in the future-relevant subject areas and our ability to transform," sums up Cosimo De Carlo, CEO of the EDAG Group. 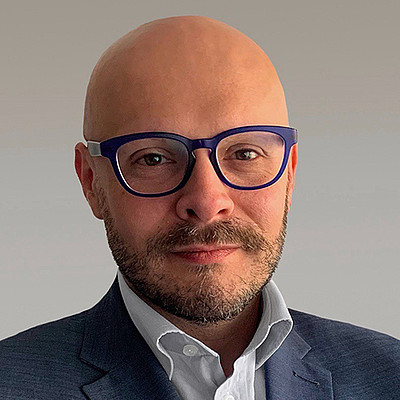